Samsung Galaxy S10 already made a quite news this year with its all-new screen design along with the new iPhones and Google Pixel 4 and 4 XL. The Internet is a kind of place where things get leaked somehow. And this time it’s not an apple, its Samsung Galaxy S11 design leaks.

The renders come from noted hardware leaker OnLeaks, over at 91Mobiles.To be clear, these aren’t official Samsung images; they’re created by OnLeaks based on the current rumors and leaks going around about Samsung’s latest flagship. And we know that OnLeaks people have a pretty good track record when it comes to their renders.

The first of these is good news. Samsung confirms the Galaxy S11 (listed as ‘SM-G9860’) will come with 5G. This should set the bar for 2020 smartphones with almost all rivals upgrading their flagships to 5G tech

Other rumor upgrades include a Qualcomm Snapdragon 865 and a 120Hz refresh rate display as significant additions on the 2020 models.

Samsung is equipping its Galaxy S11s with a potentially groundbreaking camera codenamed ‘Hubble’ due to its extreme zoom capabilities. There will also be new shooting modes, a new design, significant performance upgrades, next-gen memory, a supersized fingerprint sensor.

According to XDA Developers, the Samsung Camera app code has a 108MP photo mode. Max Weinbach found out that the latest version of the camera software in the One UI 2.0 beta, which is Samsung’s flavor of Android 10 and contains support for 12,000 x 9,000-pixel images.

This was backed up by an identical finding within the Samsung Camera app. The breakdown also revealed 8K video support, support for a 20:9 screen ratio device (which may be the S11), and new modes named Director’s View, Single Take Photo, and Night Hyperlapse.

XDA Developers claim that the camera software will most likely not output at the full 108MP resolution by default. Instead, it will choose to group the pixels in the Isocell Bright HMX sensor in clusters of 4 or 9 pixels, saving 27MP or 12MP photos. That will dramatically increase the light sensitivity of the device.

It’s almost a given that phone will have a higher battery capacity than the model that preceded it, but the S11 series may be seeing a big jump in this area.

According to a leak published by Ice Universe, the S11e could have a battery capacity as high as  4,000mAh, a jump of 900mAh over the S10e.

This suggests that the S11 Plus, the assumed a giant version of the S11 series, could have an extended battery up to a 5,000mAh. That’s bigger than any other premium flagship on the market right now and would seal Samsung’s spot at the top of the battery life charts. But its not always that a bigger battery means longer screen time of any phone. It’s the software that also matters alongside with the hardware part.

The Galaxy S10e cost the consumers $749 when it debuted. The regular Galaxy S10 with its larger display cost $899, and the Galaxy S10 Plus cost $999. We expect similar prices this time around, but one wild card could be 5G. At this point, we’re not sure which models will offer this connectivity and how much it might add to the cost. 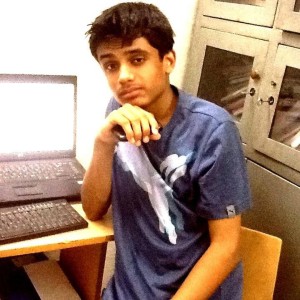 Dhaval is a tech geek who loves developing software, games and writing technical posts. In his free time, he loves to read novels.